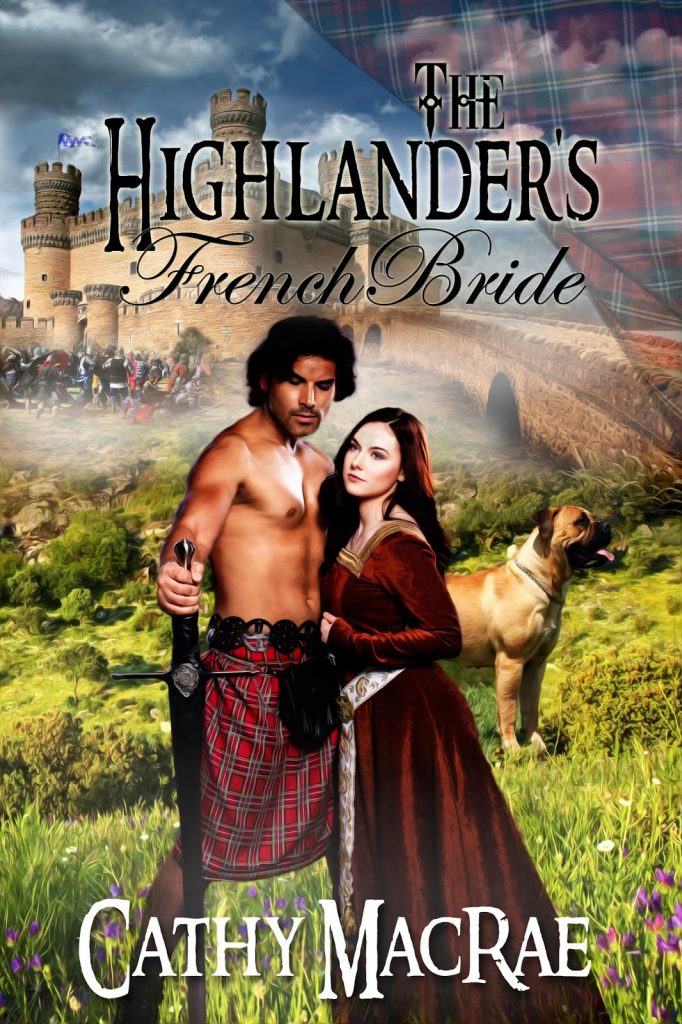 Welcome to Medieval Monday, when your love of medieval romance is indulged. Today’s exciting vision of betrayal comes from talented author Cathy MacRae, who shares a scene from her exciting THE HIGHLANDER’S FRENCH BRIDE.

Excerpt:
Melisende’s arms fell to her sides. “Why would you go back
to such a life?”
“To the parties,” Lucienne answered, “and the gowns of
fabrics so fantastic they make you cry from the sheer pleasure of them. Laces
so delicate they can scarcely withstand the needle. Embroidery so fine it takes
four seamstresses a week just to produce one sleeve.” Her eyes closed and
rapture lit her face. “The men so courteous, so eager to woo me. Dancing,
stealing kisses behind the fountain. They tell me how beautiful I am, how much
they desire me.” She opened her eyes, settling her gaze on Melisende’s shocked
face.
“Once Raul began annulment proceedings, their interest
increased a hundredfold. I will have no lack of sponsors once I return.”
“That is a shameful way to live, and you know it, Lucienne.”
Tears burned in Melisende’s eyes.
“How can you do this to yourself?” She swept
a hand toward the bed. “To her?”
The scorn returned to Lucienne’s face, casting ugly shadows
beneath her high cheeks. “You think you know what is right for me. That I
should be exactly like you, drowning behind your polite façade. You believe
everything is perfect in your little world with your adorable new husband who
loves you?” Her eyes narrowed as she slid her gaze to Arielle. “Have you not
wondered why she looks like him?”
Melisende immediately looked at the child asleep on the bed.
Her dark hair spilled across the pillow like a shadow in the dimly lit room.
She glanced back at her sister. “Why do you say that? I think she looks just
like you.”
“She has my nose and eyes, oui. But her dark hair comes from her father.”
“Raul.”
“Non. From your
oh-so-sweet husband.”
Melisende’s gaze bounced from Lucienne back to the child.
Lucienne’s parting words so many years ago loosed themselves from the depths of
her mind. What do you think went on
whilst he slept in our house—only me and him? He would be unable to look you in
the eye if you knew everything that happened.
She shook her head. Non!
It is impossible to think of it! He
has already assured me there was nothing between himself and Lucienne. But
her heart grew cold in her breast.
Lucienne strolled to the bed and stroked her daughter’s
hair. “She looks so much like me. But she has Kinnon’s hair.” Her smile set an
arrow in Melisende’s heart.
Brushing aside her doubts, Melisende stepped forward. “Do
not be absurd, Lucienne. Her hair is much like mine, and Raul’s is dark as
well.”
Lucienne tossed her head. “You do not seem to recall Arielle
was born early—or so I told Raul.”
“Lucienne, did you have relations with someone whilst we
lived in Randon?” Melisende demanded. “Did you marry Raul knowing you were
already enceinte?”
Lucienne sent her a mocking look. “You would love to believe
that, wouldn’t you? To keep your lover innocent of the deed.”
“I do not believe you,” Melisende replied firmly, against
the reservations that gnawed at her.
Lucienne’s eyebrows raised, a lofty smile taunting
Melisende. “Yet you see the resemblance, non?
No matter what you tell yourself, you will always know there is the
possibility. We spent an entire week together, unchaperoned. You know how
insatiable he is, n’ai-je pas raison?”
Her eyes glittered. “No matter what you try to believe, you will always wonder
if he shared his body with me first.”
Blurb:
Heir to a lairdship, Kinnon Macrory is driven to prove his
worth by fighting the English on the battlefields of France. His dreams of
heroic valor are destroyed by the realities of war—the atrocities visited by
fellow soldiers on the very people he is sworn to protect. Three years in a
French prison for a crime he did not commit leave Kinnon longing for the one
thing of beauty in his war-torn life—a young woman of great kindness and wisdom
named Melisende.
Melisende de la Roche struggles to stay one step ahead of
soldiers who would imprison her for helping an injured Scotsman wrongly accused
of treason. She finds refuge in her uncle’s shop—until a chance encounter sends
her fleeing into the unknown once again, haunted by the beguiling friendship
with the troubled young Scotsman she is certain she will never see again.
Determined to find the woman of his dreams, Kinnon returns
to France, only to discover a trail of clues to Melisende’s whereabouts. Their
reunion will open the doors to passion, but half-truths and lies from the past
could destroy the one thing they both are willing to fight for—each other.
Buy Link:
https://www.amzn.com/B018OHXKHK 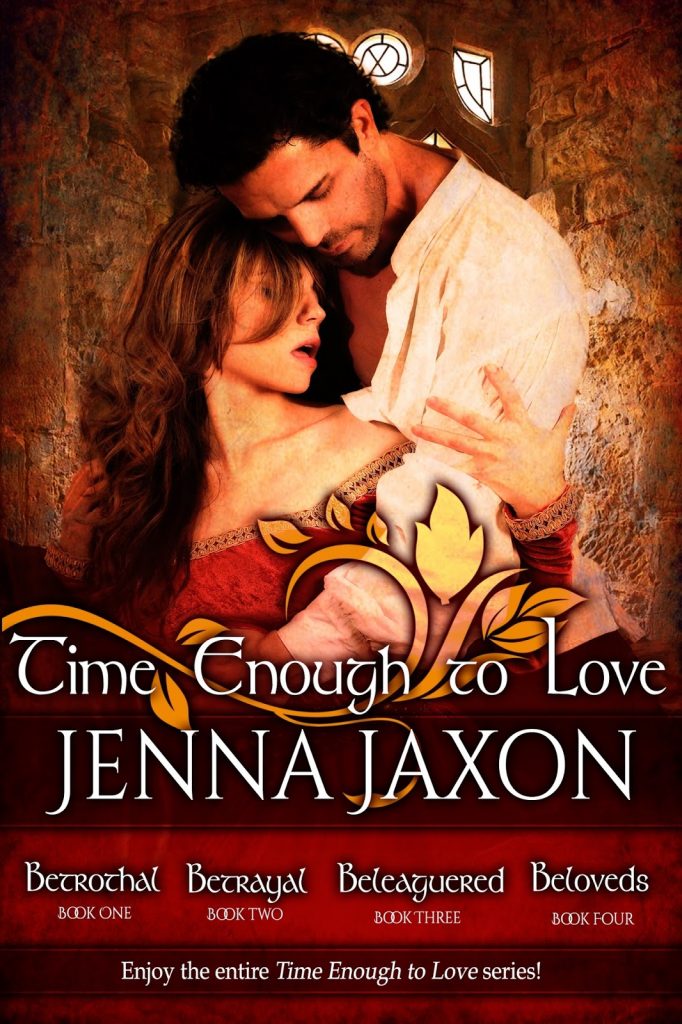 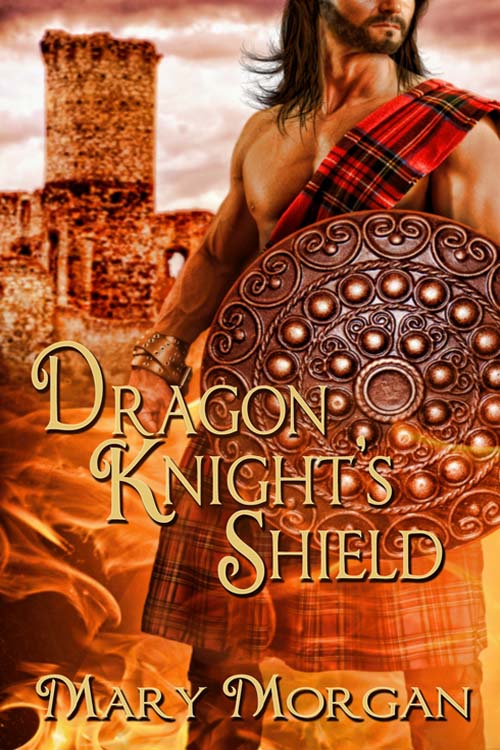 
Will their love be
powerful enough to shield them from danger, or burn them to ashes?
Buy Links:
Amazon: http://www.amazon.com/Dragon-Knights-Shield-Order-Book-ebook/dp/B018MESJ12/
Barnes&Noble Nook: http://www.barnesandnoble.com/w/dragon-knights-shield-mary-morgan/1123094798?ean=2940157846695
Kobo: https://store.kobobooks.com/en-us/ebook/dragon-knight-s-shield
The Wild Rose Press: http://www.wildrosepublishing.com/maincatalog_v151/index.php?main_page=product_info&cPath=195&products_id=6584
Scroll to Top